Playing the last of my four bar gigs at Die Fabrik tonight. Looking forward to it.

The last year has been full of stuff (recording CDs with other music projects [as you can see here], organising parties for 35 in Switzerland [as you can see here]) and (places back of hand to forehead with pained artist-like expression) my 'own work' got a bit sidetracked.

My Berlin sojourn (best part of five weeks when m'lady A and I leave tomorrow) has been a great time to catch up with that. There's been a little writing (look out for songs This Hotel, No. 5 Reds and Wem Gehoert Die Stadt?, [Who owns the city?]), and this, along with the four gigs at DF have been a great time to reconnect with all things singer-songwriter-ish.

Been polishing up some mandolin songs for tonight. It'll be bright and bouncy. But a bit sad - 'cos it's me ('stealth misery' Andee P called it).

Thanks to all at the best hotel in Berlin.

See you if you're there.

Posted by hoppersongs at 08:47 No comments: 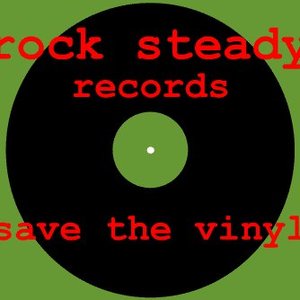 You see, here's the sort of thing that happens if you're a singer and talk to people. And I do, much to the chagrin of my shy mate Stephen who gets embarrassed each time I start a conversation with someone I don't know in a pub.

So, I'm in the Blarney Irish Pub, on Methfesselstrasse, just up the road from where I'm staying in Berlin at the moment. It's the opening match of the Premiership and I'm there to watch Swansea get hammered by Man U. I hear a chap talking English. He's Ian Thoroughgood and he's a Scouser and he's lived in Berlin for decades. And he's a friendly sort.

After we've dispensed with the football talk, we get on to music and it turns out that Ian's a bit of a music fan and he tells me about a record shop in the city where they sell a lot of vinyl and they also put on gigs. He saw one not long ago and the style was similar(ish) to mine. He gives me the details and the next day I wander over to the shop, Rock Steady Records, to introduce myself to Thomas, one of the proprietors, and give him a CD and ask if he'd like me to turn up and play a gig there.

He's going to have a listen and a look at the YouTube channel and all and let me know.

Maybe I'll play there and maybe I won't, but it's all grist to the mill and I love the avenues that can open up when you talk to people.

Thanks Ian.
Posted by hoppersongs at 02:29 No comments:

Two gigs completed in Die Fabrik, my own personal Chelsea Hotel by the Spree.

Have to say I was intimidated by a sparse and incidental audience (not there specifically for the music) into playing mostly standards on night one (8th Aug). But last night I resolved to pull them on to my territory by sticking to the SH songbook and was rewarded by a warm response and the sale of half of my now dwindling stock of CDs.

Achim (see last post) showed up for a while in the second set and I sang the song I wrote about being in Die Fabrik hotel, written in Die Fabrik and entitled This Hotel. You have to, don't you?

Nina and Robert, running the bar, looked after me splendidly, creating the mood with strategically placed candles. An accidental tourist from Graz in Austria (we didn't expect live music!) bought all four available CDs (insisting on paying full price) and I gave a run out to many of my quiet solo numbers that usually only muscle in for one or two slots in a more upbeat set.

The energy of the place began to pick up as I was finishing - Berlin is a late, late city. Perhaps I'll start later next week.

I've long fancied finding a low-key bar with passing trade in which I could, over a year or two, build a following by playing regularly. This would be a great place. Pity it's 600 miles.
Posted by hoppersongs at 02:07 No comments:

How the wheels of fate turn, dear blogreader.

Thanks to Achim, a Polish exile in Germany of interesting ethnic origins, and the introduction he gave me to Georg, the cool owner of my erstwhile cool hotel retreat (and the place Achim resides), Die Fabrik, I'm gigging on Thursday 8th in the hotel bar.

Soooo, get yourselves down there to Kreuzberg for my inaugural Berlin gig. I'll be singing a song written about and in the place I'm gigging in. Heck!

(Starts 9.00ish, it's in Schlesische Strasse, just east of Schelsisches Tor station)
Posted by hoppersongs at 04:38 No comments:

The gig I mentioned below (Laika, 29th Aug), won't now be taking place.

I'm still looking for somewhere to play in Berlin, though!