Another Simon Hopper Fans' Gig, a staple of - and the unofficial start to - my gigging year took place last Saturday.

I enjoyed it. The audience seemed to. The 'crowd' was characterised by quality rather than quantity but those who came out to see and listen to some real live music were all stalwarts of the event and the atmosphere was warm and conducive to a good night's story-telling-by-song.

Thanks to Paule Zeyner and Norma Huss, fifty percent of Clarsach, who travelled from (near) Stuttgart to play the support set (with a little help from yours truly and Leigh). Mostly Scottish traditional material it was lovely on the ear and beautifully played.

Leigh and I played the second set (with a little help from Paule and Norma) which included a trio of songs from my new CD Solo, and a smattering of songs from the back catalogue.

Seven years in, the event is settling into a happy milestone in the calendar. To all you regulars who came; it was good to see you again. It's a sign of something when the audience is able to prompt the singer when he forgets his own lyrics. Thanks.
Posted by hoppersongs at 22:46 No comments: 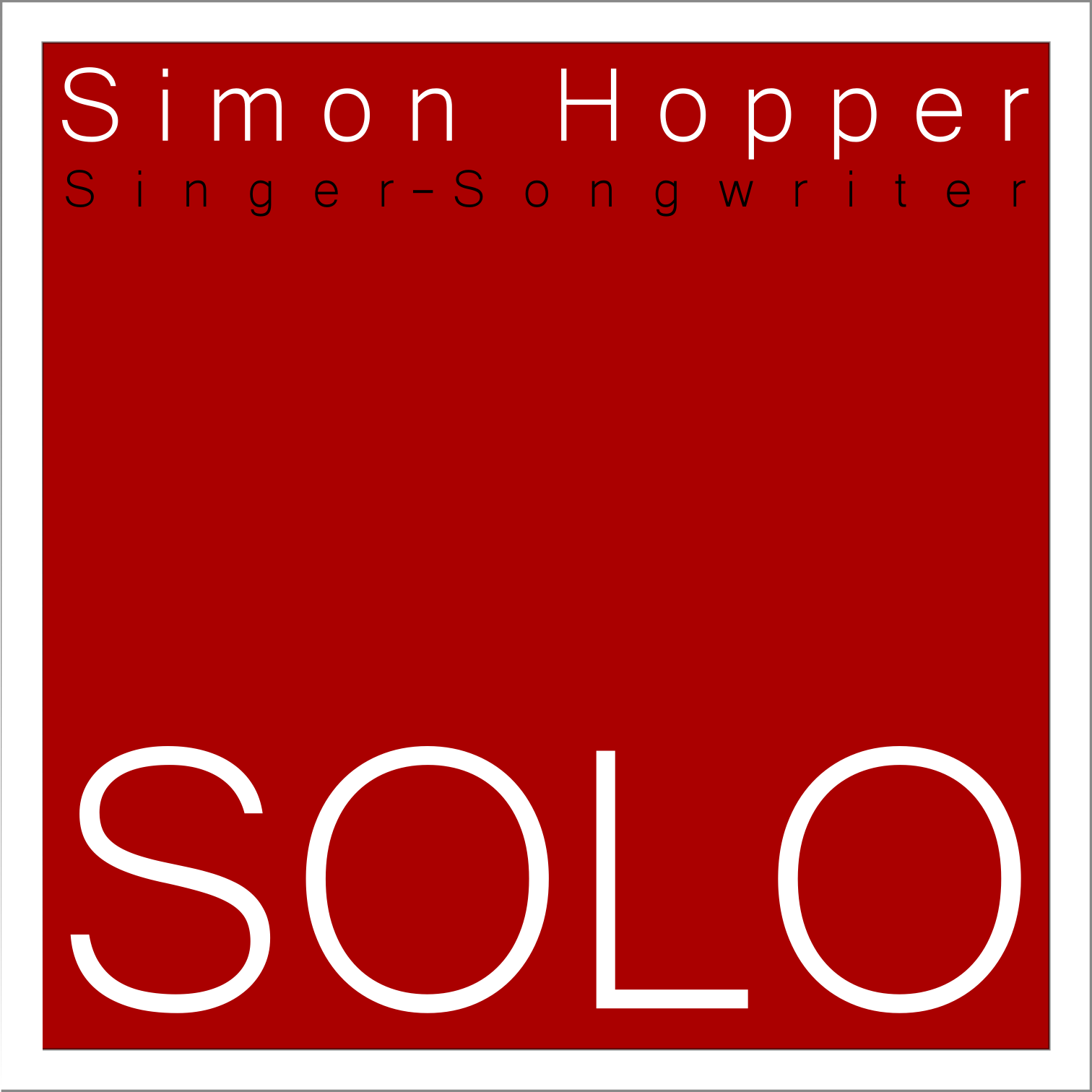 My new collection of songs, Solo, will be released at my annual Fans' Gig in just over a week's time on 22nd February.

It's a compilation of songs the type of which - contemplative, often slight, often short, usually played with minimal accompaniment - there usually isn't much room for on a 'band' album. They are songs written over many years, some going back as far as 15, the most recent coming into being as recently as summer 2013.

For a variety of reasons, including cost but also to reach for a greater intimacy, I decided to record these at home on my own. This made the project more 'Solo' than any other I've done. (An exemplar of this approach for me is Bert Jansch's Rosemary Lane.) Just one other musician appears, Fran Freer on cello who played for us What's A Boy To Do? that I recorded with Leigh in 2005.

I had to buy new mics and pre-amps and finally work out how to properly user my 8-track hard-drive as well. I was reminded of how difficult it can be to record when you're the only arbiter. I tried to concentrate on immediacy and presence. I hope I got somewhere close. Andy Le Vien from RMS Studios mixed, mastered and tweaked the final recordings and, as ever, made the outcome as good as it could be.

Although I didn't set out to achieve it, the presence of my recently departed parents is evident and some of the subtle effects that the departure of parents has on us, I think.

The tracks are:
This Empty House, Fireworks, Orange Room, This Hotel, Rope Ladder, Why Don't You Write?, Barbara and John, Eight Things, A Shirt, The Compass, No. 5 Reds, Joke, Portrait.

(I think there's a threat of Solo being made album of the week on Celtic Music Radio - in any case, you'll hear selections from it on Alan Burke's Wednesday evening show - check it out.)

Posted by hoppersongs at 02:30 No comments: