Hoppersongs on SoundCloud: everything I've done...

I'm now an official SoundCloud 'super-user' - or whatever they call it. I'm going to upload all my recorded work there.

The CDs will be a doddle (there's some there now). Isn't technology wonderful? Some of the non-CD recordings present a different challenge, however...

Jeff Corker, my great chum, supporter, erstwhile songwriting collaborator and - on one occasion a long time ago - my sound engineer, will arrange for my pre-digital recordings to be converted to mp3 form. You see, the collector and archivist that he is, he has copies of the work I did with Tim Hornsby back in Scarborough, my rock album with Mere Mortals and the solo recordings I made of songs we'd co-written. He engineered them on an old TEAC four-track in my bedroom in a different life-time in a different world. And now they're going to find their way onto the interweb. Heck.

You can cop a listen here: https://m.soundcloud.com/hoppersongs

Posted by hoppersongs at 02:04 No comments: 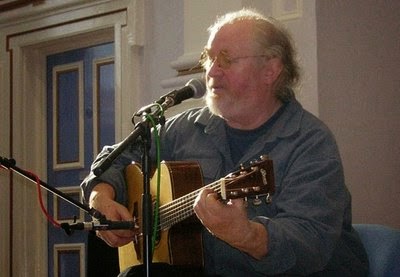 John Renbourn
John Renbourn's dead. It's unexpected. I'm listening to him play* as I type and I'm sad. Those who bring beauty and kindness into the world are few. John was one such and we're poorer for his leaving us.

I played support to him four or five times. Once I was accompanied by my eldest, Joe, who had grown listening to my substantial collection of Pentangle albums - all featuring John's playing. Joe had obviously absorbed some of John's licks - as you do. When we finished our support set which, unlike most headline artists, John had listened to he made a point of coming to my then 17-year-old son and telling him how much he liked his playing. He needn't have and it was kind. A lovely musician and a lovely man. (Joe told me today he knew as he played that he was 'ripping off most of Jack Orion'. His source material was well chosen.)

On another occasion John taught me a lesson about the responsibility the artist has to the venue. I was promoting a gig featuring him. The audience was modest that evening. He took me aside and told me that if the door-take didn't match the fee, I needn't pay the full amount. He was a decent chap - but also he understood that the artist has to nurture good gigs.

(*Just click on the link and let it run on - you'll hear beautiful music played by a master.)

Gigging: Germany
And speaking of good gigs, I played my concert in Kernen, near Stuttgart the weekend before last. All good gigs should take place in a wine cellar as this one did. Norma Huss sang and played percussion for me - both beautifully - and we had a great evening. There is a review which I can't read because it's in German. I can see it mentions Richard Thompson and Fairport Convention. It's a comparison that's been made before. I'm not sure, of course, whether it's saying that I'm like them (in a good way), trying to be like them (but failing) or, perhaps, that their fans should give me a wide berth. Who knows? But it does mention them and I'll imagine the most flattering of the possibilities. 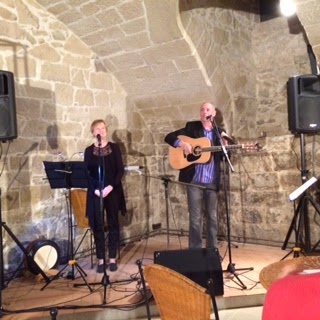 Me and Norma gigging in a wine cellar in Germany

Thanks, as on previous occasions, to the Stuttgart crew; Norma and Paul & Uschi Zeyher, my stalwart supporters in Baden-Württemberg. They organised the gig, put me (and m'lady Angelika) up and Paul did the sound, too. Wouldn't let me help him pack up either - because 'there is a system'. A man after my own heart.

Gigging: East London
Eventually, as mentioned in an earlier episode, yea, and it came to pass that stubborn persistence paid off in the form of a gig last night in Troyganic on the Kingsland Road. I played solo**, having put together a set of old-and-rarely-played songs from my back catalogue. You know, Forgive The Child, What's A Boy To Do?, The Crop Circles Song, Olive Tree, Backwards Man, that kind of thing. The vibe was good, Murat (proprietor) looked after me well and, with ears provided by a gaggle of m'lady A's friends and various passing groups of diners and drinkers, a gig took place. I enjoyed it. Some of the above seemed to as well.

I like the place well enough that I'm going to propose to Murat that we try to make a regular gig out of it. Let's see.

**(It was meant to be a duo gig, but Trowbridge, of that ilk, was sadly indisposed with a clutch of broken ribs and a compromised lung courtesy of an out-of-control French lady on the piste in St Anton. We wish him a straightforward recovery.)

Coda
It's sad that John's gone, but we must live our lives. He did and he wouldn't begrudge us doing the same. Goodbye John Renbourne, you're not here, but I'll always have So Clear.
Posted by hoppersongs at 07:03 No comments:


Watch this space for more gigs in the area.


*This was to be Hopper/Trowbridge duo gig with Leigh - but the poor chap's currently contending with four broken ribs and a collapsed lung after a collision with a French lady on the piste in St. Anton. Not his fault, he's keen for you to know. We wish him a quick rehabilitation.
Posted by hoppersongs at 05:08 No comments: 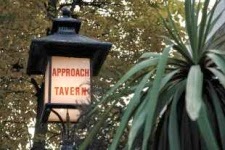 Continue to watch this space...
Posted by hoppersongs at 22:54 No comments:

A gig in east London

Undaunted by the slings and arrows of outrageous whatevs, the old singer has pursued his goal of a regular venue in his new environs aaand...

(And, and, and... there are other gigs in the offing in the groovy East End. For it is spoken that the prospecting efforts of the righteous will bear fruit. Watch this space.)
Posted by hoppersongs at 11:36 No comments: